An agile, iterative approach has been chosen in order to minimise risks and to quickly demonstrate the potential of the concepts that are conceived, studied and developed in the Lab. The project is broken down into three 5-step iterations:

The deliverables of the three iterations take the form of open-ended, upgradable prototypes:

The three iterations comprise all of the core technologies to be developed and fit together to form 5 pillars.

The “Smart Machine” pillar consists of identifying, designing and approving “smart”, self-manageable functional blocks capable of working as a network to machine a micro-engineered part. Drawing on the experience acquired with the Micro5, this pillar aims to redesign production resources to make them able to supply information and data about themselves and about the status of the machining processes, with the ultimate goal of achieving closed-loop production where manufacturing is rendered autonomous.

The main aim of the “Hardware and Automation” pillar is to identify and implement solutions that remedy the drawbacks of the automation solutions currently available on the market, which are generally based on numerical control and whose costs and inefficiency limit the performance of the processes. The idea is, in particular, to design and validate axis controllers using miniaturised, low-cost components with the necessary embedded computing power. The developments of this pillar will also include standardisation of the connectors and the redundancy of certain elements to guarantee 24/7 availability.

The “Workflow Management” pillar incorporates the design and validation of a system that is modular and flexible, is adapted to the micro-factory concept, and can handle logistics between the machining, checking, finishing and other processes. The movements between the functional blocks will be based on vertical and horizontal shuttles, providing the freedom to add the necessary manipulators for the defined applications. The overall efficiency of the micro-factory will be heavily dependent on the efficiency and adaptability of the workflow management system, which will draw on the concept of how elevators move.

The “Mechanical Architecture” pillar consists of designing and validating a mechanical structure that is robust, stable, scalable, and capable of hosting various technologies in the form of functional blocks, while also ensuring that the production resources can be reconfigured quickly and automatically depending on needs and constraints. This pillar physically integrates the preceding pillars in order to utilise the vertical dimension while, among other things, avoiding problems caused by interference between functional blocks. There are also plans to integrate pooled peripherals and to standardise the connectors.

The “Software” pillar aims to design and implement software solutions that enable the functional blocks to be networked and orchestrated, and the fabrication processes to be managed efficiently through value networks that are customer-centric and data-driven, or indeed demand-driven. This pillar involves studying the OPC Unified Architecture-type communications standards designed for interconnection and data harvesting, based on the selected hardware components and the necessary developments of a digital mock-up that integrates all production information, starting from the design of the parts to be fabricated.

What do you know about Switzerland ?

The MicroLean Lab is one of the solutions presented in the video “What do you know about Switzerland?” published by Switzerland Global Enterprise, the official organization responsible for promoting exports and Switzerland as a business Read more… 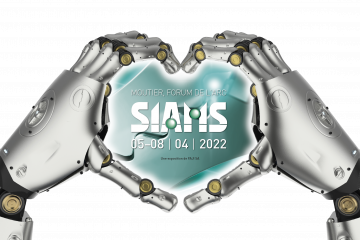 Come and discover the micro-factory at SIAMS

The demonstrator of the autonomous, connected and reconfigurable micro-factory developed within the framework of the MicroLean Lab will be presented on the stand of the Haute Ecole Arc Ingénierie (HES-SO) at the SIAMS exhibition, from Read more… 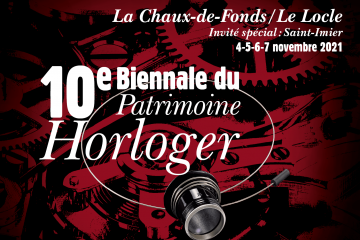 The Microlean Lab at the Watchmaking Heritage Biennale

The MicroLean Lab opens its doors on the morning of November 6, 2021 as part of the 10th edition of the Watchmaking Heritage Biennale. Three hour-long visits at the Saint-Imier Technology Park will allow you Read more…